The adventurous 'life' of the Statue of Liberty

US28 / 10/1886 was a foggy and gloomy day, but New Yorkers celebrated jubilantly as the city welcomed the greatest statue.

That was the day when the Statue of Liberty was officially launched to the public with spectacular rituals. Amidst the speeches, the French sculptor Frédéric-Auguste Bartholdi impatiently pulled the rope to lower the French flag in front of the Statue of Liberty - the tallest statue of the city at that time - 93.1 m from the pedestal. Support to the top of the torch. But this is not the first time this masterpiece has appeared in public. Years ago, every part of this statue was displayed around the world.

The sculptor Bartholdi depicts the long-standing Statue of Liberty, a neoclassical sculpture of a Roman god. However, due to the political situation in France, his wishes could not be realized until the 1870s - when the French government agreed to an agreement to pay for the statue, and the US side would provide a place to place and build. pedestal.

Bartholdi commissioned the craftsmen to create this statue in France in 1876. They began with their right arm stretching into the sky with a flaring torch, even before the overall design was completed. The sculptor carefully calculated the plan for this section first, to attract the attention of the international public and especially to seek emergency funding, due to the time fundraising both in France (for the statue part). ) and in the US (the pedestal) are extremely slow.

In 1876, the right hand of the Statue of Liberty was on display at the Centennial Exposition in Philadelphia, and adventurous guests helped raise money by paying to climb a ladder inside the arm. Balcony of the torch.

"It was wonderful, though a bit unstable, to see the head or arm of the statue today. Surely no one at the time of Bartholdi has ever seen a work of art this big," Carly Swaim, Deputy president of History Associates Inc., who participated in the opening of the Statue of Liberty, said.

The hand holding the torch was then moved to Madison Square Park in Manhattan, and became one of the trendiest destinations in the city. The goddess's hand stayed here for 6 years.

The head and shoulders of the statue were completed after that and also spent an independent life with promotional trips everywhere to raise funds. While the right hand is in the middle of the residential area of ​​Midtown Manhattan, the heart of New York, the head of the goddess is on display at the 1817 Paris International Exposition. destroy the space inside the statue. They can also buy tickets to the bustling construction site.

"Bartholdi is very proud of his work. He hired professional photographers to record images showing the ability and aesthetics of the construction team, to let the public know about the statue and attract sources. money invested in the construction process ... ", Carly Swaim said. 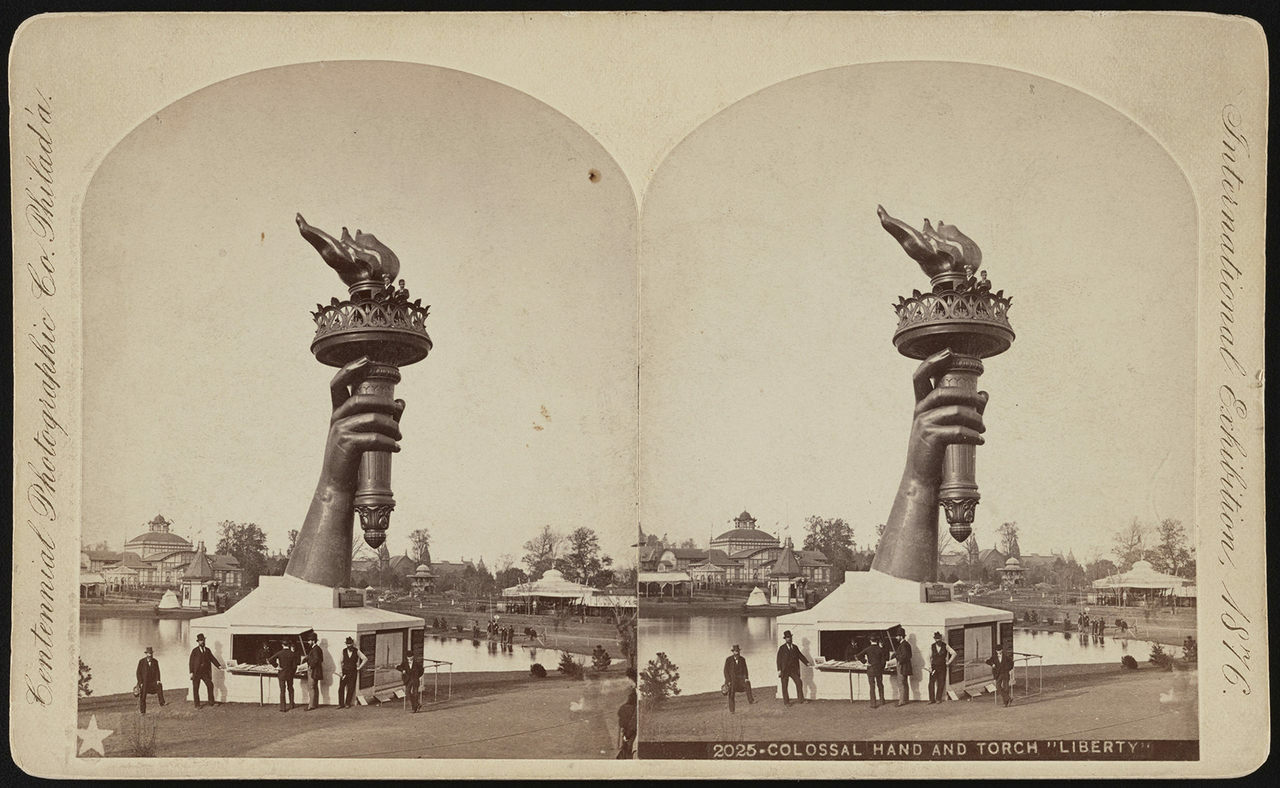 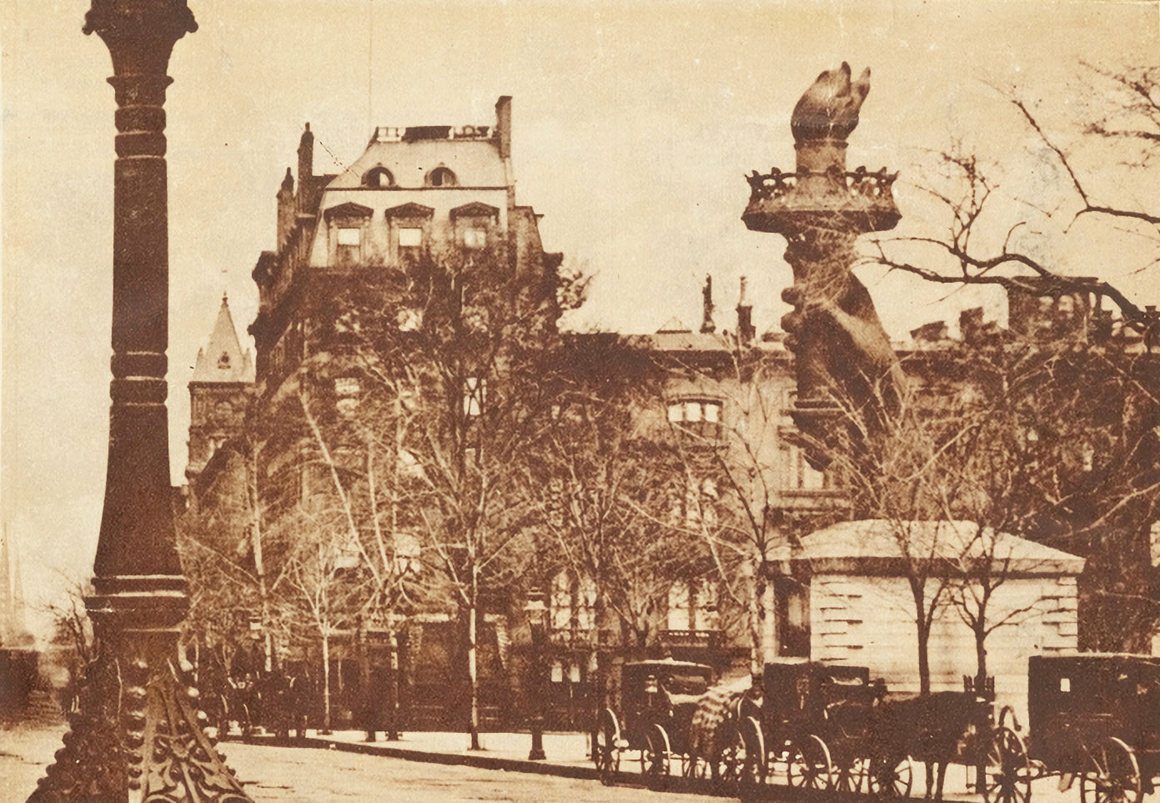 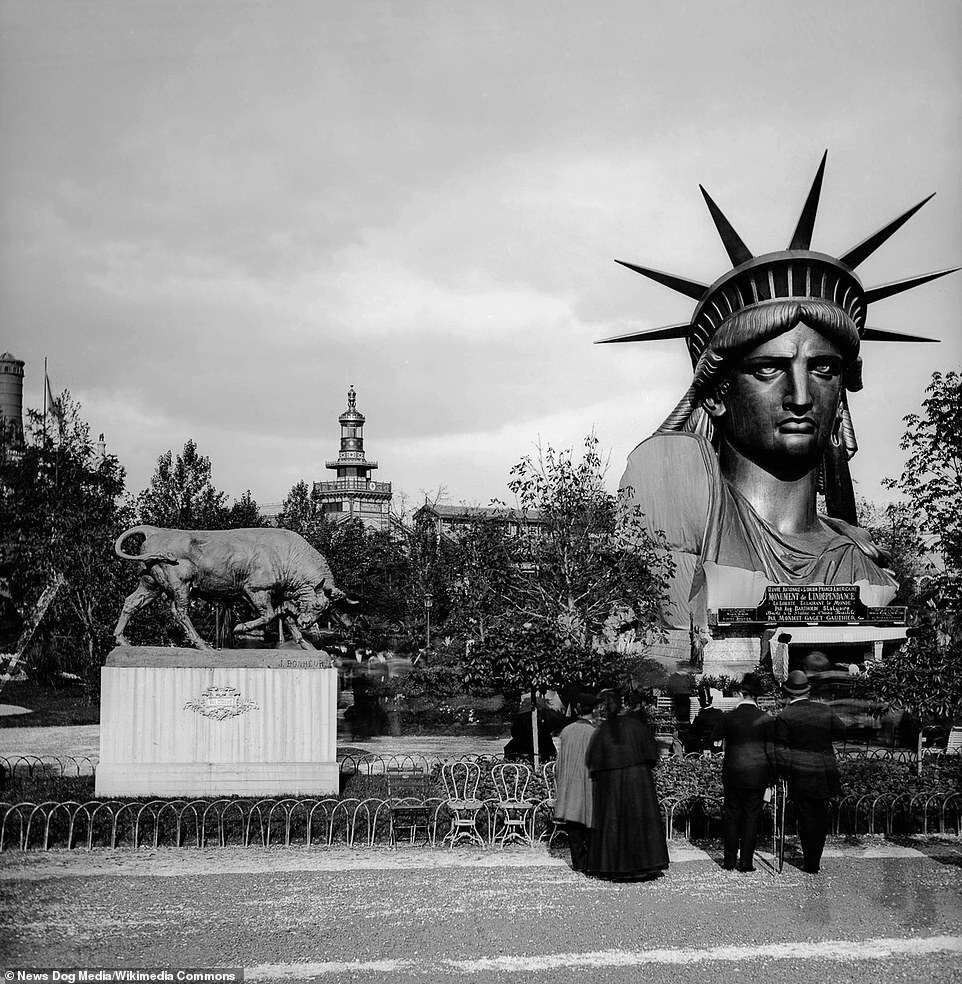 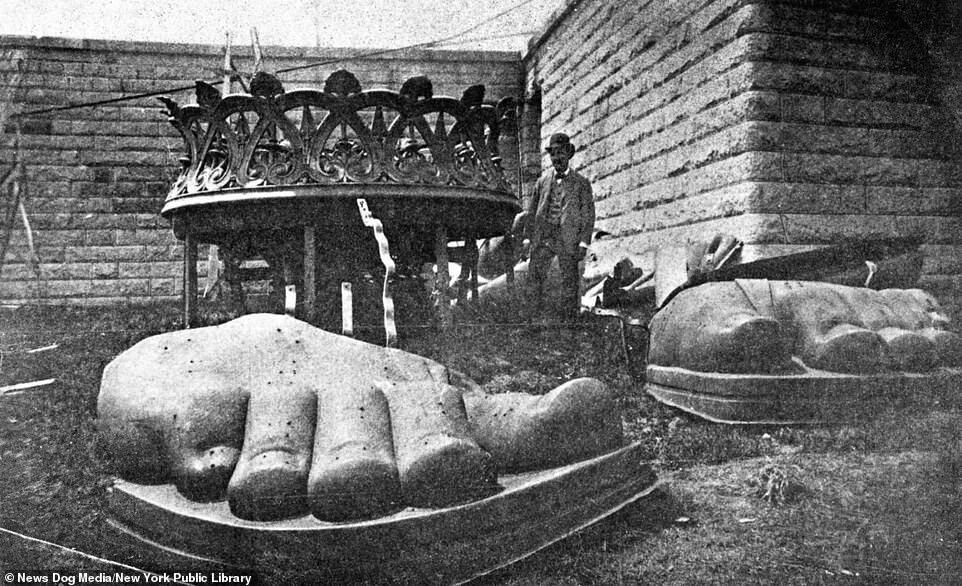 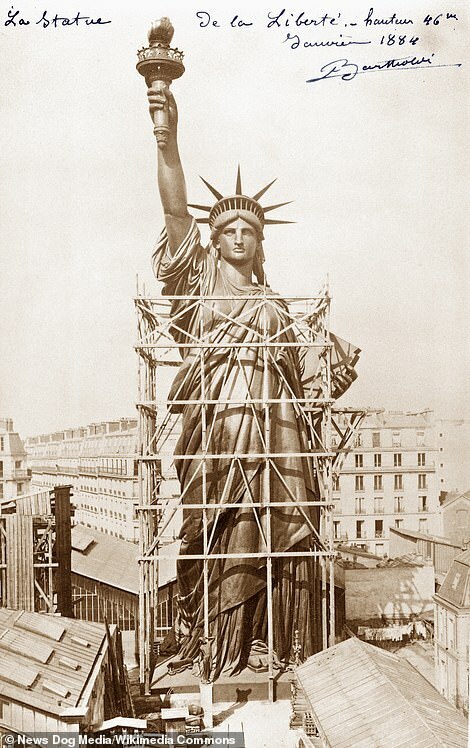 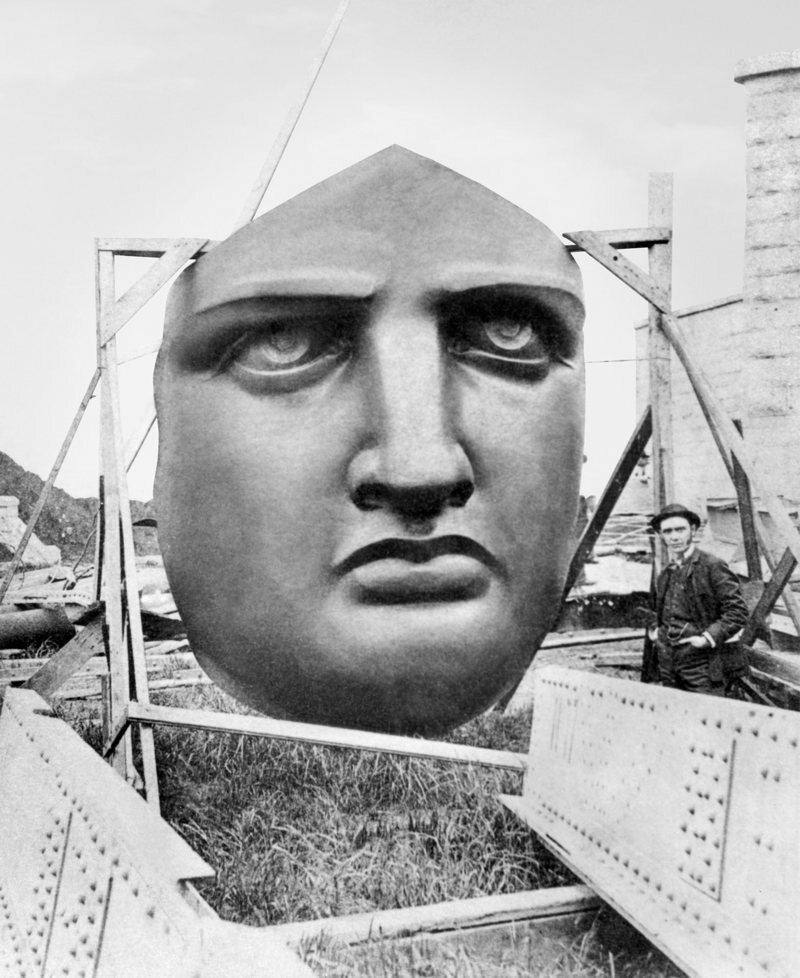 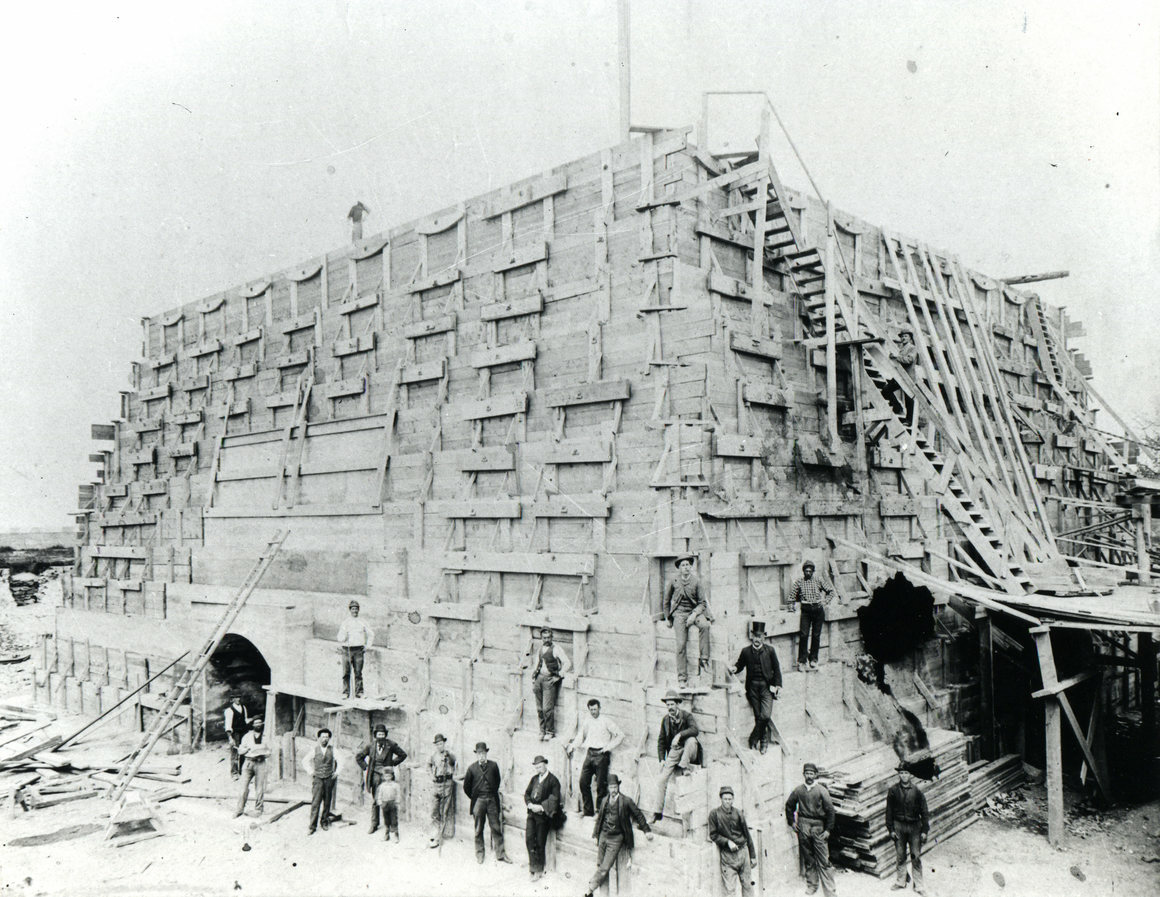 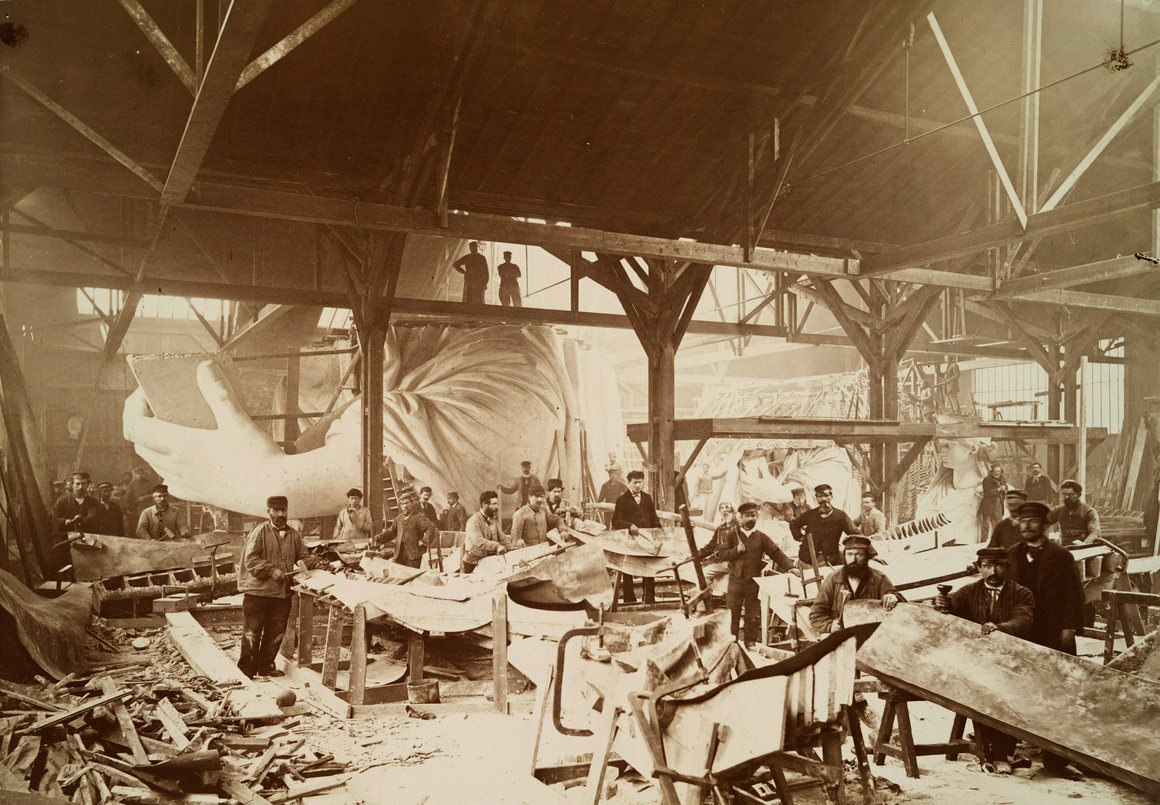 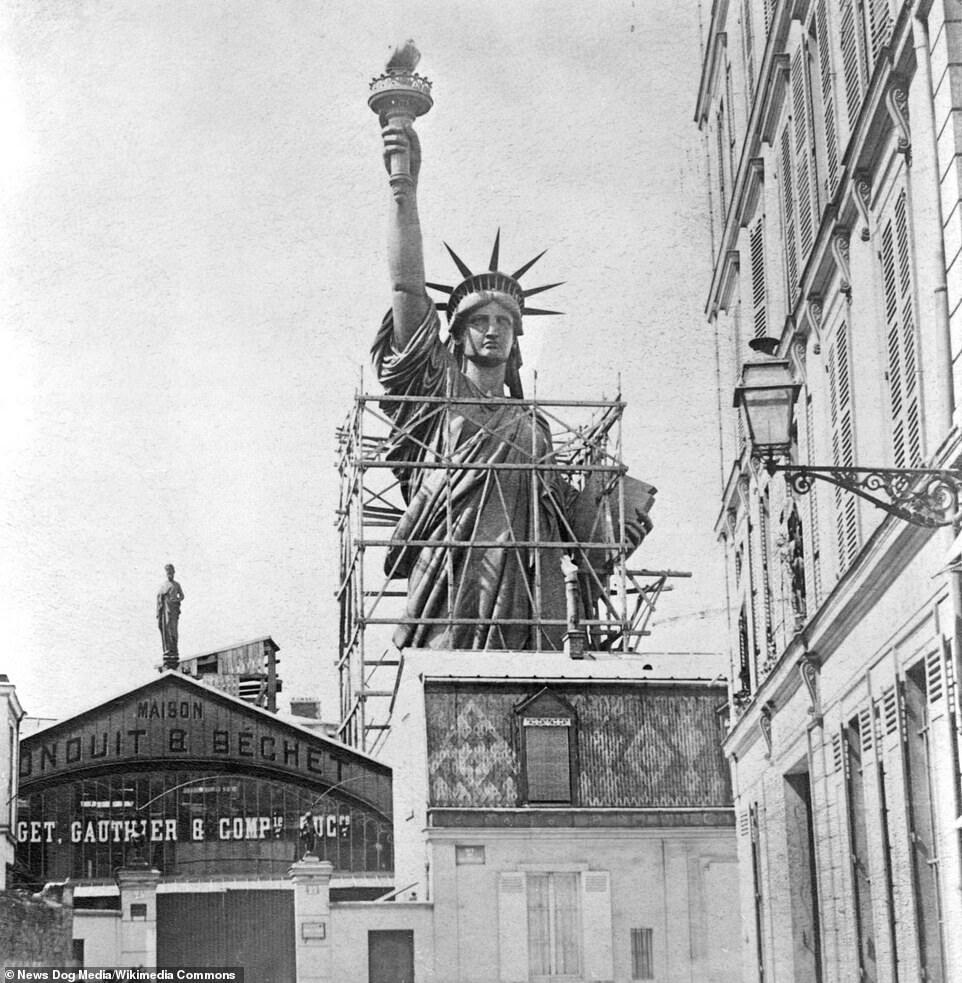 From 1881 to 1884, the construction team assembled the statue in a public park in Paris to check the overall structure, before that the right arm was sent across the Atlantic. The leader of this process is none other than the engineer Gustav Eiffel. Therefore, Parisians liked the idyllic name of the statue "Lady in the park", but soon had to say goodbye to it.

Once structurally complete, the statue was divided into approximately 350 pieces of copper and iron - each weighing between 68 kg and 4 tons, contained in 214 wooden crates and loaded onto the French warship Isère. She crossed the transatlantic voyage in 1885, and had to wait until the new house was completed to place the pedestal on Bedloe's Island on New York Harbor (today it was renamed Liberty).

Although Bartholdi actively promoted his spiritual child, the construction of the Statue of Liberty in the United States was still at risk of failure due to a severe lack of capital at the end of 1885.

Joseph Pulitzer, publisher of New York World, has announced an effort to raise $ 100,000 - the equivalent of $ 2.3 million today and pledges to print the names of every philanthropist, regardless of the small amount of donation. how. This award has attracted New Yorkers and attracted more than 120,000 contributors, most donated less than 1 USD.

When the money poured in, the pedestal construction work resumed and on June 17, 1885, a French steamboat arrived in New York with boxes holding the Statue of Liberty.

It took another year for the team to assemble the building that symbolized America's sustainable values, most of which were immigrant workers. Because the platform was too wide, the engineers could not erect the scaffolding, and the workers hung on ropes to install the exterior. Luckily, no one was killed during construction. 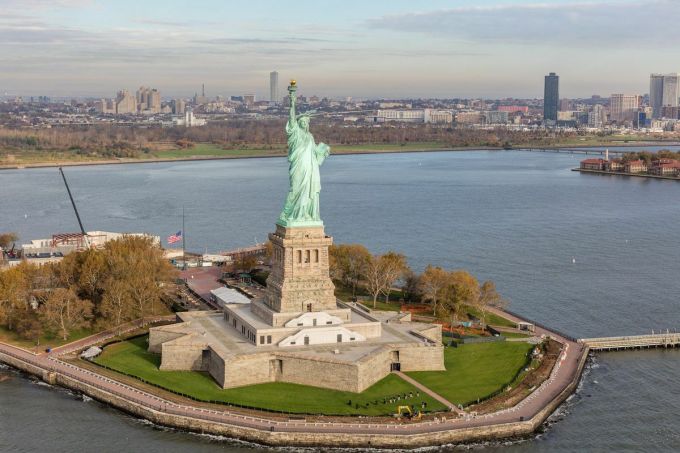 In 1984, the United Nations declared the Statue of Liberty as a World Heritage Site, and the restoration was completed on July 5, 1986, to commemorate the centenary of the completion of this work. Photo: NY Curbed.

Today, to visit the Statue of Liberty, travelers need to depart from Battery New York Park or Liberty State Park in New Jersey. If you have an e-ticket, just print and bring it when you check in, take a ferry to Liberty and Ellis Island. Tickets to visit include ferry costs from 16 USD for children 4-12 years, 26.25 USD for an adult and 21 USD for seniors over 62 years old.

The Statue of Liberty was once closed 100 days after the September 11, 2001 disaster. This place is reopened with the sightseeing area below, but the experience inside the statue does not open until August 2004. Today, visitors can access the observatory above the pedestal, a walkway, museum, Fort Wood fort area and Ellis Island.